Ayazidio Iraq in the trap of rivalry flying in their neighborhood. 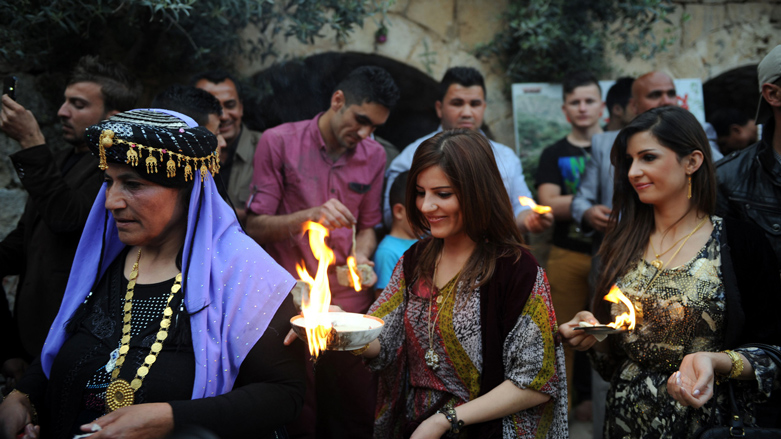 On January 2, the Kurdistan Regional Government closed the offices of Yazda, a non-governmental organization in Dohuk that provides vital support to Yezidis who fled the so-called "Islamic state" in 2014. The closure of Yazda's The Yazidis have their future in the hands of the leadership of the Kurdistan Regional Government, a leadership that is increasingly sliding into tyranny. The move reminded the Yazidis that they were stuck in a trap between the Kurdish factions on the one hand and the Kurds and the Iraqi central government on the other.

Since then, Yazda has reopened. One of the reasons for its closure seems to be the assistance of 3,000 Ayazid families in the Sinjar Mountains, and the provision of food and other vital commodities through the United Nations Development Program (UNDP). The Kurdistan Regional Government has restricted the entry of goods into Sinjar and the Yazidis, fearing that it will fall into the hands of the region's dominant opponent, the PKK. The mountains of Sinjar, on the border between Iraq and Syria, are not only a battlefield between the KRG and the PKK. Under the regime of President Saddam Hussein, the latter launched a campaign of "Arabization" in Kurdish-dominated areas, home to the Yazidis, who were then considered non-Kurdish Arabs. Thousands of them were taken from their homes and villages in the mountains of Sinjar to new home units with Arab names. Following the fall of the Ba'athist regime in April 2003, a popular part of the Arab territories became the subject of conflict between Arabs and Kurds. Since then, much of it has been in the orbit of the Kurdistan Regional Government's influence. In 2014, the attacks of the "Islamic state" - which left a terrible number of victims and horrendous damage to livelihoods and livelihoods - exacerbated the poor Yazidis. Some of them believe that the Peshmerga forces of the Kurdistan Democratic Party, led by Massoud Barzani, also the head of the Kurdistan Regional Government, "pulled out tactically" from the mountains of Sinjar in 2014, leaving them to their fate at the mercy of the "Islamic state." Only the "Popular Protection Units", closely related to the "PKK", entered the Yazidis and liberated their towns and villages.

These political conflicts have created tension between the identity of the Yazidis, who are ethnic Kurds, but their religious beliefs are exclusive to them. They are considered Kurdish-speaking Kurdish, but at the same time they differ from it in a different faith. They are a compromise sect that integrates Zoroastrianism, Judaism, Christianity and Islam, and reverence the Peacock King (Archangel). Yazidis' social structures are divided into three social groups that prohibit marriage, despite their interdependence and interdependence. This tension between their ethnic identity (Kurdish) and their social structure and their religious beliefs is colored by the conflict over this sect.

The issue of identity of the Yazidis therefore has different political implications. Political actors from outside this group seek to define the members of this community as a definition that serves their own political agendas.

The Kurdistan Regional Government highlighted the Kurdish identity of Yazidis, Yazidis, in its efforts to assert the right of the Kurds in the disputed areas from which they originate. And the support of Barzani Yazidis who demanded autonomy in the mountains of Sinjar. The head of the Kurdistan Regional Government (KRG) said that the ratio of Yezidis to the Kurds is one of the ways to declare the right to this disputed territory. But the Yazidis' "Kurd" weight is also aimed at drawing their support for the KRG political authorities, which are engulfed in a political and socio-economic crisis. In the last two years, the rotation of this government has stalled. Barzani's term ended in August 2015, but elections were not organized to elect a new president, at a time when the Kurdish regional parliament had not met since November 2016 because of political differences. In the meantime, Baghdad blocked the dues of the Kurdistan Regional Government of Finance, in response to its unilateral control over the oil sector in Kurdistan. This, in turn, forced the government to comply with austerity measures, including delays in paying the salaries of civil servants for months. Demonstrations in several cities in Iraqi Kurdistan, involving doctors, members of the police, teachers and others, took place at a time of increasing restrictions on freedom of expression. In August, a journalist appeared to have been linked to the PKK.

Unlike the Kurdistan Regional Government, the Iraqi government has emphasized the identity of the Arab-Iraqi Yezidis, which serves the narrative of Iraq's national identity. At the same time, it supports the federal government's demand to control the areas from which the Yezidis originate. The central government's position has further exacerbated the decline of the Kurdistan Democratic Party (KDP) in Barzani, a widespread destruction of Arab-owned homes in liberated areas freed from the grip of the "Islamic state." Reports indicate that Kurds are settling in Arab homes in these areas.

But many Yazidis, today, both the Kurdistan Regional Government and the Iraqi government. They seek to define themselves as a religious minority rather than as a link of wider ethnic circles. They see that the weighting of their religious identity is their way of declaring that their community is an independent entity. This entity (independent entity) entitles them to claim their national right to self-administration, a right enshrined in Article 125 of the Iraqi Constitution. Their religious identity is also a way to guarantee their right to return to their hometowns in their villages and to restore them from the Kurdistan Regional Government, which has denied such rights to the Arab population.

The Yezidis lack confidence in the Kurdistan regional government and the Iraqi government and do not count on their ability or desire to protect them if they are attacked like the "Islamic state" in 2014. In part, Yazidis refused to return to their recently liberated towns and cities from the " ", To this lack of confidence. Their feeling that the Arab neighbors betrayed them fueled a lack of confidence and suspicion.

It is not only Yezidis who worry about their fate in the post-Islamic Iraq. The fear of a minority minority in Ninewa province is the victim of tensions between Baghdad and the Kurdistan Regional Government, as they fear the prospect of bloodshed in a society that is growing militarily. Many aspects of the fate of the Yezidis show that the fate of easily manipulated political identities is deadlocked. Such identities expose the Yazidis to a growing danger, rather than protect them.